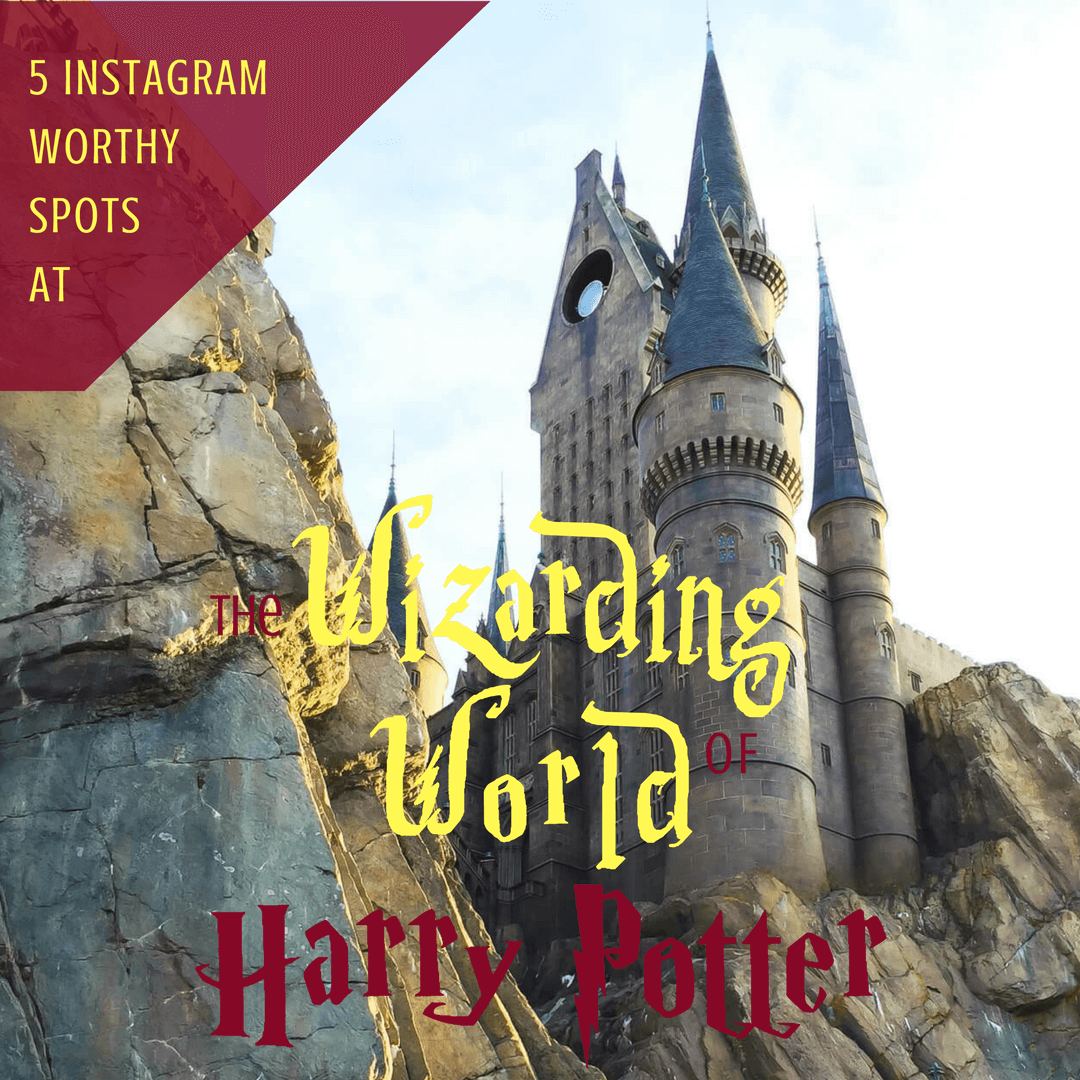 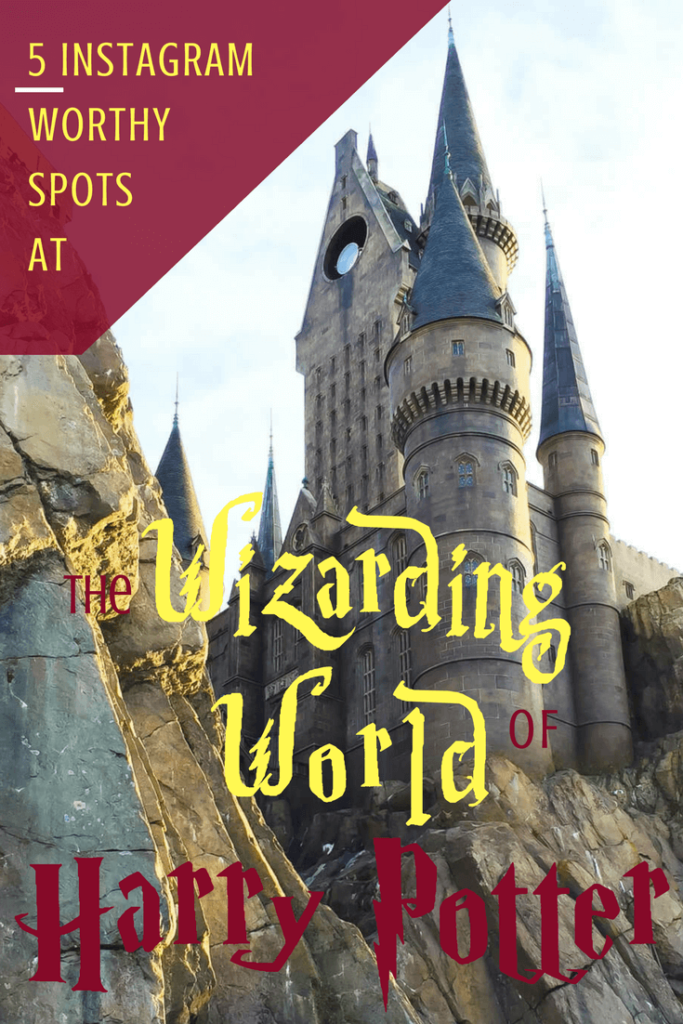 Harry Potter World at Universal Studios is filled to the brim with detail sweeping its visitors into the Wizarding World.

While here, you will want to capture every moment to serve as a reminder when you head back to the muggle world. After two magical days at the park and countless spells later here are 5 Instagram worthy spots at the Wizarding World of Harry Potter. 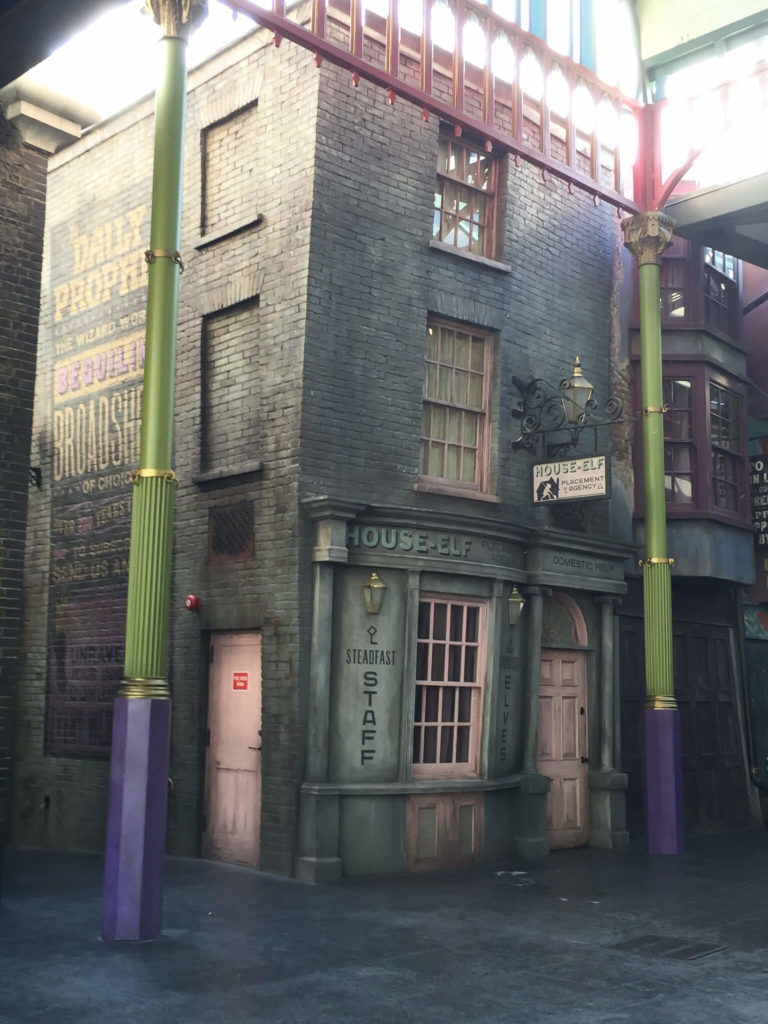 No one can ever replace Dobby the Elf.

Stick around after the Wizard Academy of Dramatic Arts show end. The space clears out fast giving you plenty of space for photo opportunities.

The House Elf Shop is right there and perfect for all my Dobby lovers. May he rest in peace (cries hysterically). 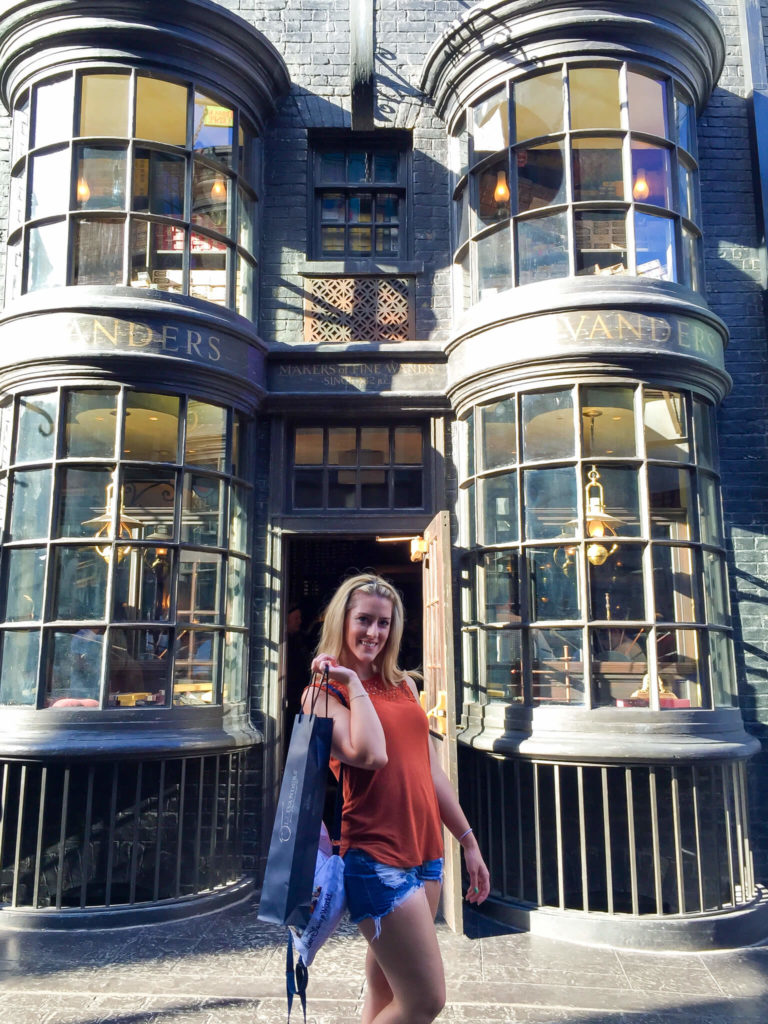 Professor Snape passed his wand on to me.

The park has two Olivanders wand shops. One in Diagon Alley and one in Hogsmeade. Most insist on purchasing their wands in Diagon Alley which is perfectly understandable.

However, wait to take your photo in front of the store until you get to Hogsmeade. The crowd is much smaller on this side, therefore better chances of getting a photo without strangers in it. 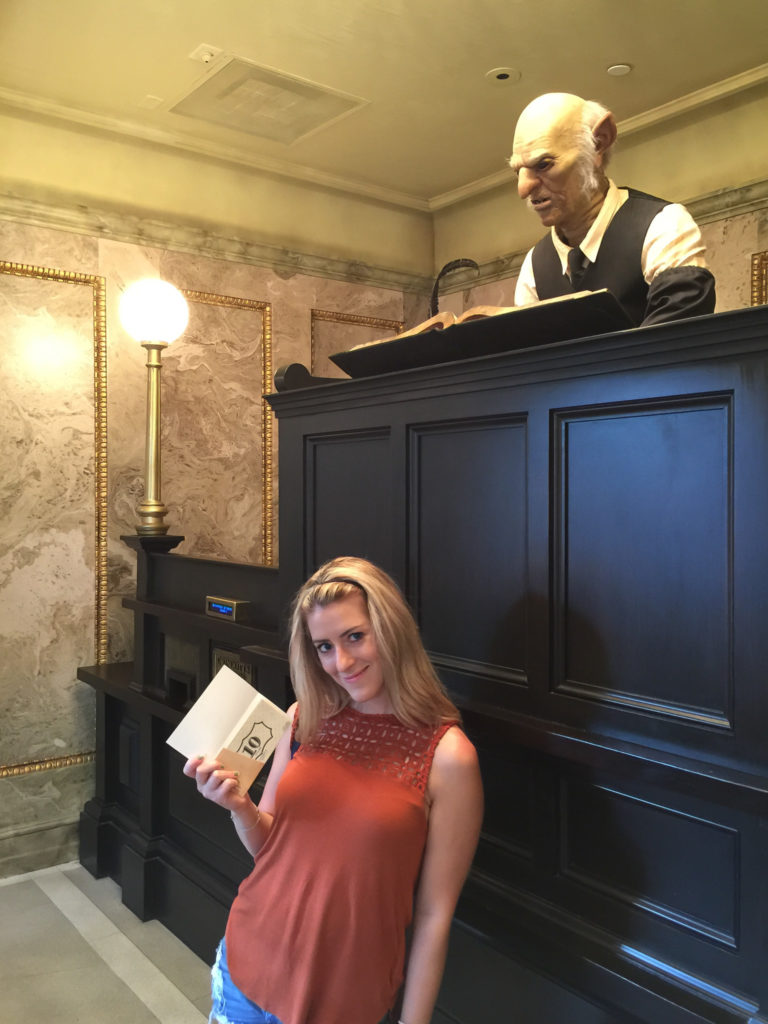 Most visitors will be trying to take a decent photo of the goblins while waiting to ride Escape from Gringotts. However, that is not the only, nor best place to snap a photo of you and the goblins.

Instead, head into Gringott’s Bank for a one-on-one photo with the head Goblin himself. Be sure to exchange your muggle money in for some wizard currency. 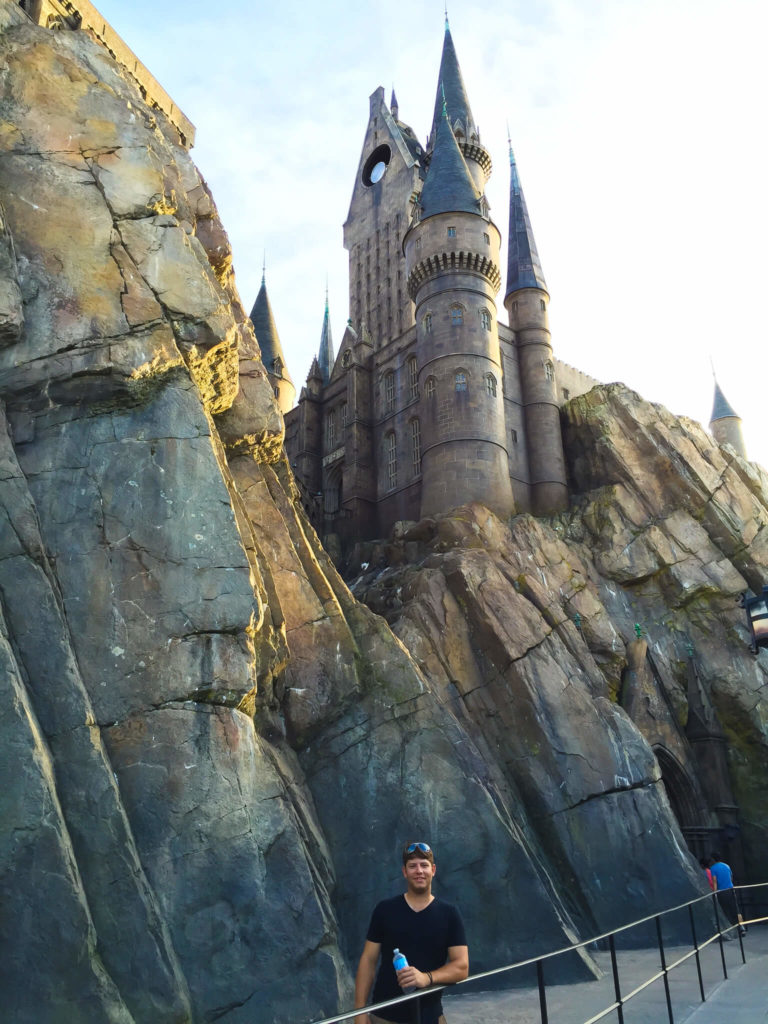 Hogwarts School of Witchcraft and Wizardry oh and my boyfriend.

Rather than trying to get a photo of the castle from the Hogsmeade Village, walk into the ride leading to the castle and snap a photo there. It’s not only a clear shot of the castle, but no one is around getting in your way. 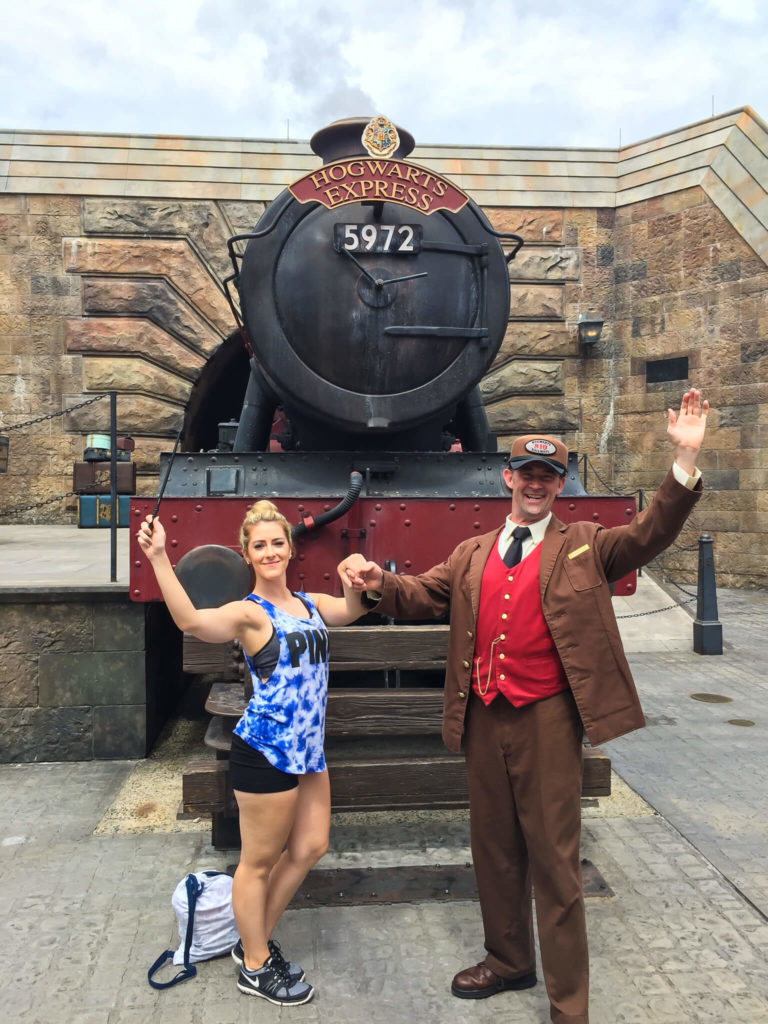 How to properly pose with your wand 101

In front of the Hogwarts Express

Trying to get a photo of the entire Hogwarts express train can be difficult. Instead, wait until you get off the train in Hogsmeade.

Walk to the front of the train for a photo with the conductor. I was surprised no one else was doing this.

What are your favorite things about the Wizarding World of Harry Potter? Share in the comments below!

How to Curate Instagram Photos that Will WOW Your Followers